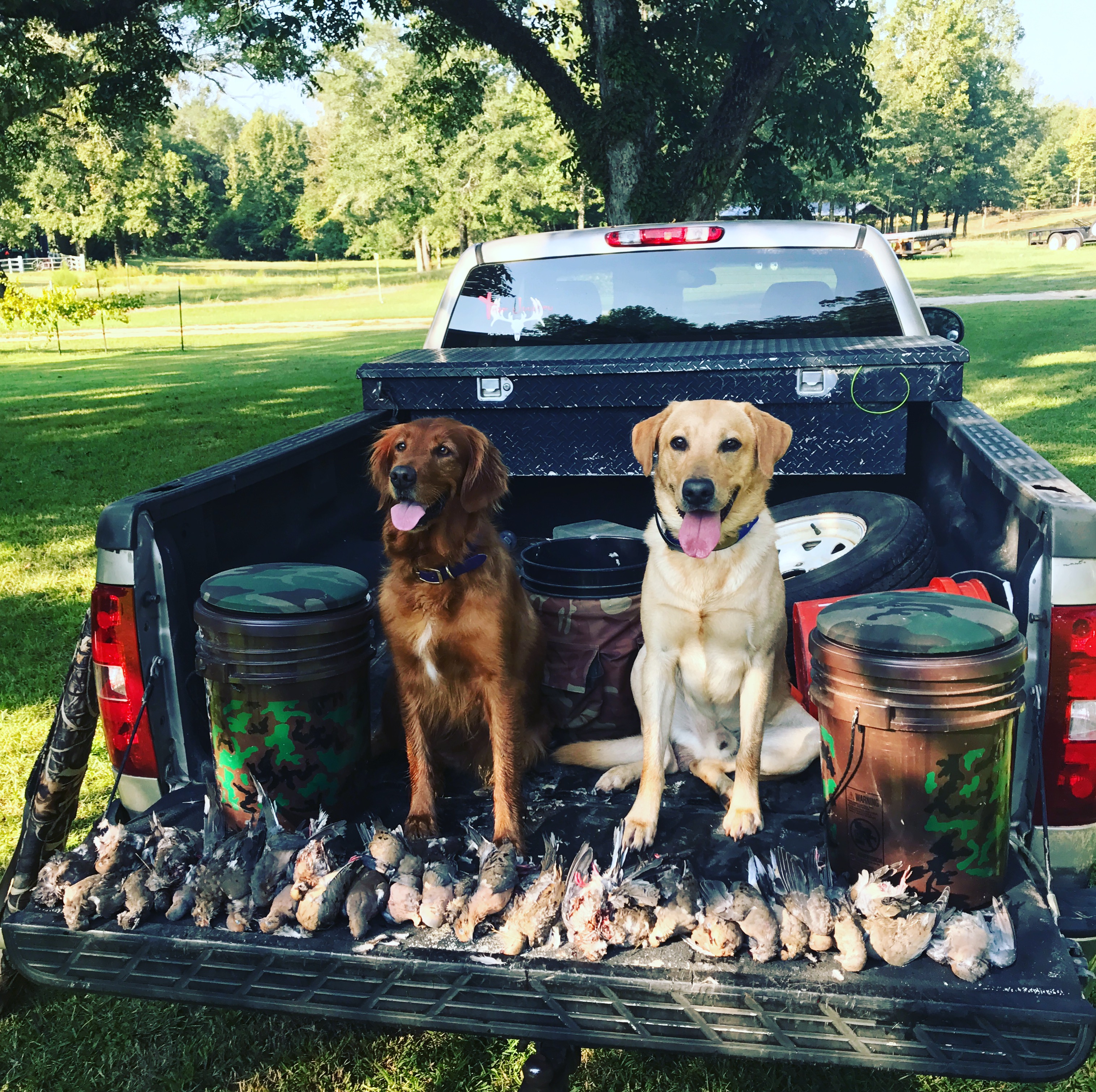 The process of planting and maintaining Alabama dove fields recently became much easier when the state eliminated the regulation of “acceptable” planting zones and established that wheat can be top-sewn starting August 1st through November 30th of each year.

Ingredients
• 20-30 dove breasts, removed from the bone
• ½ gallon milk
• 4 eggs, beaten
• 3 tablespoons Worcestershire sauce
• 2 tablespoons hot sauce
• 6 cloves of garlic, minced
• Vegetable oil for cooking
• 2 cups flour
• 2 cups plain breadcrumbs
• 2 tablespoons oregano
• 2 tablespoons salt
• 1 tablespoon pepper
• 1 tablespoon red pepper flakes
Instructions
1. In a medium bowl, add the dove breasts and cover with the milk, eggs, Worcestershire, hot sauce and garlic. Cover in plastic and let sit overnight in the refrigerator.
2. When ready to serve, heat vegetable oil in a skillet or pot, enough so that it fills the sides of the skillet by at least 3 inches.
3. In a medium bowl add flour, breadcrumbs, oregano, salt, pepper and red pepper flakes and stir.
4. Using your fingers or a fork, remove one dove breast at a time from the milk with a slotted spoon and dip into the flour and breadcrumb mixture until it is uniformly covered.
5. Dip one side of the breast into the hot oil to see if it immediately sizzles. If it doesn’t, wait for the oil to get hotter, ideally 250 degrees F on a thermometer. Keep testing with the same dove breast until it sizzles, then add more breaded dove breasts, enough to cover the bottom of the pot. Once one side of the breast is golden brown, turn it over and cook the other side until golden brown, about 5-7 minutes total.
6. Cover a plate with paper towel. Remove the breasts from the pot with a fork or slotted spoon and place on the paper towel. Sprinkle all sides with salt and pepper. Repeat until all of the dove breasts are cooked and serve immediately. Serve with your favorite barbecue dipping sauce.
From: http://georgiapellegrini.com/