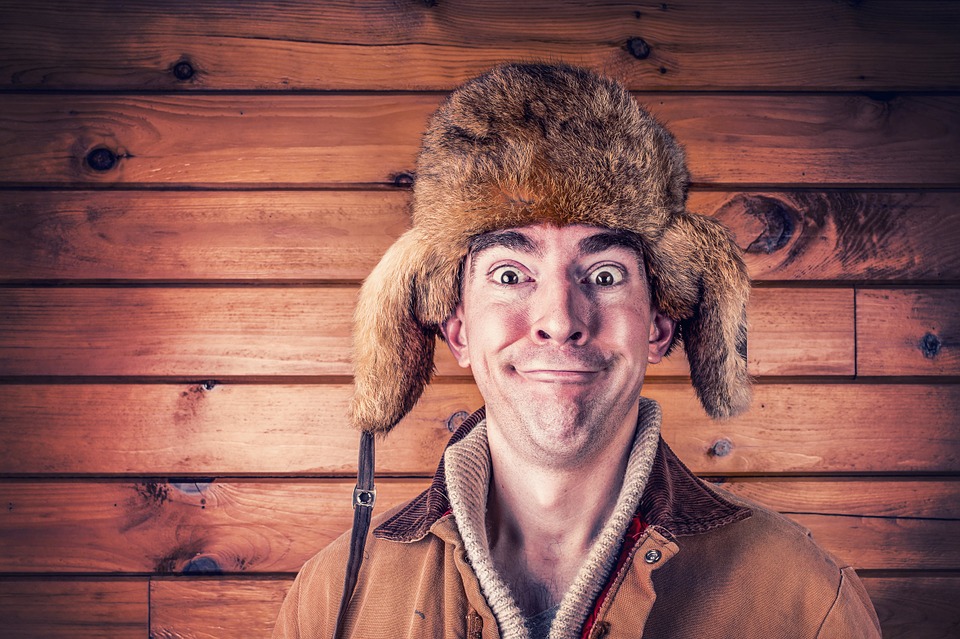 You finally got invited to your buddy’s hunting camp this deer season. Let me just shoot straight from the hip on this one. Do not under any circumstances be one of “these guys” if you ever want to be invited back a second time.

10. The Phantom Shooter – He shoots. He misses. When you ask him about it he vehemently denies that it was him and blames it on the neighbors. Spoiler alert: your host knows which plot the shot came from. Man up and admit it. Everyone misses from time to time but nobody likes a liar.

9. The Freight Train – This guy falls asleep and makes noises loud enough to cause earthquake tremors. When confronted the next morning he acts like he never knew he had a snoring problem. If you are a snorer – OWN it and try to make it better for those that will be sleeping in the same camp house, and Lord forbid, the same room with you. Bring your CPAP machine or nose strips or at the very least warn us in advance so we can bring some ear plugs. Geez.

8. Rambo – This guy comes to the camp house with enough weapons to equip a small infantry under attack. He feels the need to bring every knife known to man along with assault weapons and brass knuckles “just in case.” He’s also the one that feels compelled to wear military style camo and face paint under his eyes just to sit in a tree stand all day. Don’t make people wonder if you are a closet serial killer.

7. The One Upper – We all know this guy. For every story that you tell he has one better. As soon as you finish your hunting story of bagging an Elk in Montana he feels compelled to tell you about the time he hiked Kilimanjaro barefoot while stalking a trophy buffalo then dropping it cold at 600 yards with an arrow he carved out of a sycamore tree. No matter what you’ve done, he has done it better. He can recreate every game call known to man with a twist of the tongue and feels compelled to show off these skills around the campfire. Silence REALLY is golden. Learn it.

6. The Party Machine – As soon as he drives out of his driveway, he immediately reverts to his past college days.
He shows up with 10 cases of PBR and think it’s okay to crack them open first thing in the morning. Sure, everyone wants to have an enjoyable time at night after hunting but believe me, no one wants to be babysitting your drunk self the entire time. Much less worrying about you contaminating the deer plots. This will majorly mess up their hunting for the rest of the weekend and chances are will get you a black eye.

5. The Barbarian – This guy has no concept of subtleness. He slams truck doors. Walks with the force of Godzilla breaking every branch and stomping up the ladder to the deer stand. He then drags the chairs across the floor as if the place is big enough for rearranging and rips open bags of Cheetos and Twinkies once he gets settled. He slams his gun against the corner of the wall. When you come back to pick him up, he screams from the stand that he’s headed your way and commences to tell you that he can’t understand why he didn’t see a deer. Try floating like a butterfly or your lack of future invitations will sting like a bee.

4. The Camp House Slob – This guy has never washed a dish his entire life and sees nothing wrong with leaving his dirty underwear wherever he happens to remove them. He passes gas openly and proudly. He leaves half full plastic bottles of his “dip spit” intermittently throughout the camp house. Come on. Grow up. If the host feels like your maid or parent you can pretty much guarantee you will be banned. Forever.

3. The Shooting House Trasher – Guess what. The shooting house isn’t a trash can and there is not some magical fairy that swoops in after your hunt to clean up your gum wrappers and snuff cans. For the love of hunting, clean up after yourself. And do not under ANY circumstances decide to urinate in a bottle and leave it for your host to find weeks later. You can pretty much say goodbye to your future golden ticket and quite possibly your friendship. No one wants to be on that personal level with anyone.

2. Mr. Lovesick – There is a time and place for romance. The hunting camp is not one of them. This guy texts and calls his significant other nonstop leaving all those around him the victims of his love-sick babbles. Nothing will have your man card revoked as quickly as when we find out that your nickname is Snickerdoodles or Love Monkey.

1. The Gate Avoider – As you approach a closed gate this is the dude that just sits in the passenger seat leaving the driver to do all the work. Believe me, this is the mother of all litmus tests when it comes to filtering out who will EVER be invited back again. If you don’t have one hand on the door handle and a foot dangling to immediately touch the ground when the truck comes to park at the gate, you have failed at the hunting etiquette holy grail.

There you have it. Here’s to Happy Hunting and Many Return Invitations!

Do you have a funny idea to add to the list? Drop me a line at lindsay@greatsouthernland.com. I’d love to hear it!